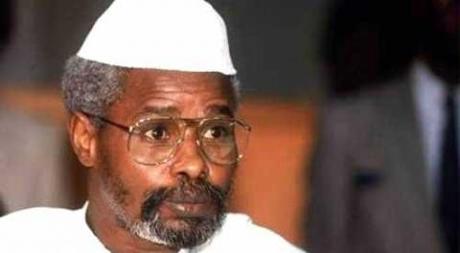 Chad's former dictator Hissene Habre appeared in court Tuesday after his arrest in Senegal by investigators seeking to put him on trial for crimes against humanity.

Habre -- once dubbed "Africa's Pinochet" -- also faces accusations of war crimes and torture during his eight years in power in Chad, where rights groups say 40,000 people were killed under his rule.

He has been in a police cell in downtown Dakar since his arrest on Sunday at the home he shares with his wife and children, according to a security source.

The 70-year-old arrived at the court in the morning, an Agence France Presse photographer witnessed, and was presented before the investigating magistrate, according to a source close to the case.

He expects to find out the charges he faces and if he will be be remanded in custody or if prosecutors will seek more time to present the case against him.

Mbacke Fall, a prosecutor with a special court set up in February to try Habre, told a media conference on Monday he would seek to have Habre kept in custody after finding "serious and corroborating evidence of war crimes, crimes against humanity and torture".

Delayed for years by Senegal where he has lived since being ousted in 1990, Habre's trial will set a historic precedent as until now African leaders accused of atrocities have only been tried in international courts.

His regime was marked by fierce repression of his opponents and the targeting of ethnic groups, and in 1990 he fled to Senegal after being ousted by incumbent president Idriss Deby Itno.

Senegal and the African Union signed an agreement in December to set up the court to try Habre for a raft of abuses allegedly committed between 1982 and 1990.

The AU had mandated Senegal to try Habre in July 2006, but the country stalled the process for years.

Macky Sall, who took office in April 2012, ruled out extraditing Habre to Belgium, where he is also accused of crimes against humanity, vowing to organize a trial in Senegal.

Habre's lawyers have complained that he was "illegally seized and taken away by force" from his home.