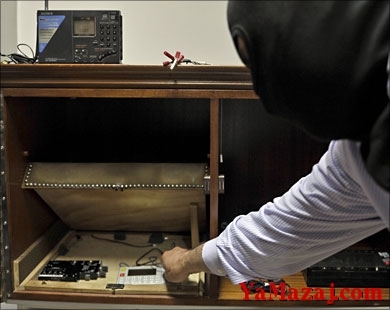 Israel has adopted a new form of psychological warfare on Lebanon through telephoning a number of southern residents on their mobile phones and informing them that they have won a financial reward from a Saudi bank.

Israeli security sources added that the residents are then asked to call a number, 4382094678, to receive their reward.

A security source told the Central News Agency on Monday that this number does not exist in any Arab state, but it belongs to a foreign country.

The Israeli Mossad is behind the operation aimed at recruiting Israeli spies through financial rewards, it added.

Linking the reward to a Saudi bank, said the source, is aimed at dragging the Kingdom in matters that don’t concern it.

It warned the citizens against telephoning the number to avoid falling in a trap set up by Israeli intelligence.

It said that these tactics had been employed in the past when Israel had telephoned Lebanese citizens promising them with $10 million in exchange for information on kidnapped Israeli soldiers, but no one fell for the trap.

“These tactics are aimed at infiltrating the local Lebanese scene especially after Hizbullah Secretary General Sayyed Hassan Nasrallah recently announced that the party had discovered spies working for Israel within it ranks,” stated the security source.

“Lebanon is following up on the Israeli threats politically through contacting the countries participating in the United Nations Interim Force in Lebanon in order to pressure Israel and prevent it from launching an assault on the South,” it revealed.

Isn't that a Montreal, Canada area code! And if I'm not mistaken its a prepaid Telus cellphone. Lol google it!

It is a Quebec number. The Area code is that of Azle Perrot. Montreal numbers star with 514 or 450.

Would you believe it if one day you realize that Hassouna is a member of the Mossad? What a joke this Hezbo is. The great, the pure, yet all penetrated by CIA, MOSSAD, M15 etc etc

The enemy of my enemy is my friend. Many Lebanese will help eleminate the filthy Shiite mafia militia

I was also contacted by this source 1 week ago , but it was an " SMS " offering $ 10 Million for info on Israeli Soldiers captured or lost and the number started with +4477.... which is the area code of UK. Obviously i didn't reply and advise everyone who gets this message not to reply either....

Actually, the Zionists have the technology to hi-jack your cell phone # once you have picked up the initial call. The safest bet is top not answer your phone. Once your number is under their control, they use it to direct the squadrons of birthday party balloons they use to patrol Lebanese skies.

How would u know ya Shab? Come to Lebanon if you dare!!! thought so, you re not even Lebanese. You re a racist fascist Israeli settler..

Mazen, don't get so excited and personal. I'll shit on you, Israel and the filthy Shiite militia and Iran. Most important is Lebanon #1

Editors of an nahar, please ban shab because he is mossad agent