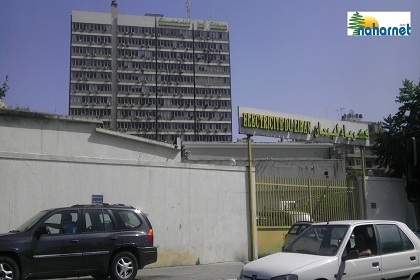 Electricite du Liban contract workers blocked roads across Lebanon after security forces arrested several of their colleagues during a protest that turned violent in the southern city of Tyre.

The state-run National News Agency said two men were apprehended when the workers clashed with the security forces for reopening a road they had blocked near the company's office in Tyre.

It added that the protesters at the company's headquarters in Beirut gave security forces a one-hour deadline to release their colleagues.

The workers went on an open-ended strike last Wednesday after accusing the state-run firm of not abiding by the law following a decision for the employment of only 897 out of the 2,000 workers.

The workers erected tents at the company's HQ and several of its branches, and closed its doors to stop any employee from going in.

But al-Hayek said on Thursday that EDL was not a “barn” and denied that the law allowed all contract workers to become full-time employees.

He said the Civil Service Council told EDL in June that only the company decides on its needs for full-time employees.

Later Monday, a delegation visited the head of the Council to inform him about the "illegality" of the firm's decision on the employment.

The workers said their sit-in would not stop pending a review of the decision.

However, Energy Minister Arthur Nazarian refused to negotiate with them under these circumstances.

“We are ready to hear their objections through administrative measures,” he said following talks with Prime Minister Tammam Salam.

“Blocking the institution's doors and stopping employees from going in and out is totally rejected,” added Nazarian, who visited Salam along with al-Hayek.

Maybe If the top layer ( directors ,ministers etc..) are more honest and less greedy ,sufficient budget will be available to give decent and well deserved pay for the workers?