Report: ISIL to Release Hostage ahead of Holidays as Goodwill Gesture 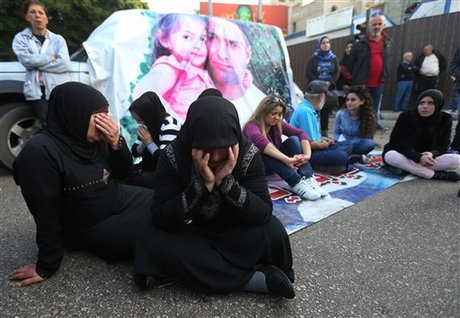 The relatives of abducted soldiers and policemen were informed by an international side that the Islamic State of Iraq and the Levant group is ready to release a hostage before the holidays as a goodwill gesture.

According to Ad Diyar newspaper published on Thursday, the relatives said that ISIL's initiative is to press the Lebanese state to change its maneuvers and its techniques in dealing with the abduction ordeal.

Health Minister Wael Abou Faour, who has been highly informed on the case, expressed hope in comments published in the daily that Progressive Socialist Party leader MP Walid “Jumblat wouldn't ask him to reveal all the aspects of the case.”

Abou Faour continuously headed to the protest camp of the relatives of the captives in Beirut's Riad Solh Square and persuaded them to open roads, vowing that the state will resolve the hostage crisis.

Sources close to the negotiations with the jihadists told the newspaper that the cabinet didn't receive yet any serious pledge from ISIL or the al-Qaida-affiliate al-Nusra Front that they will not harm any soldier or policeman.

The comments come a day after Salafist cleric Sheikh Salem al-Rafehi revealed that he urged Islamist militant Anas Sharkas, who is also known as Abu Ali al-Shishani, not to harm any of the remaining captive servicemen in his custody.

Rafehi said that Shishani telephoned him to thank him for the effort exerted by the Muslim Scholars Committee over the case of his wife Ola al-Oqaili.

The relatives of the abducted soldiers and policemen called on Monday on the Muslim Scholars Committee to play a bigger role in the negotiations after Qatar withdrew from the case on Sunday.

However, the committee filed a request to be officially tasked by the state to follow up the case.

The committee is touring Lebanese officials to press negotiations forward.

The security force members were captured when the jihadists briefly overran Arsal in August, sparking fierce battles with Lebanese troops.

Four have been executed so far, and the jihadists have threatened to kill the remaining hostages unless there is a deal to free Islamist prisoners in Lebanon.