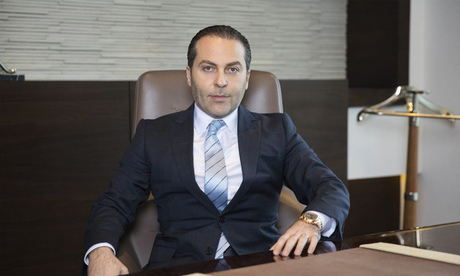 The United States on Tuesday imposed sanctions on Samer Foz, a Syrian industrialist behind high-end developments, including the Four Seasons hotel in Damascus, for allegedly enriching President Bashar al-Assad.

"This Syrian oligarch is directly supporting the murderous Assad regime and building luxury developments on land stolen from those fleeing his brutality," Sigal Mandelker, the undersecretary of the treasury for terrorism and financial intelligence, said in an announcement.

and he was given Lebanese nationality by the strong president.

Better the Lebanese president than your beloved Trump.

We should give leb nationality to big investors who have lots of money provided they invest here. This will create jobs.

Not to refugees who will ask for handouts.

Assad has more than USD2 million. Would you also give him the nationality? No national security concerns in your mind?