Brahimi Arrives in Syria via Land Border Crossing with Lebanon 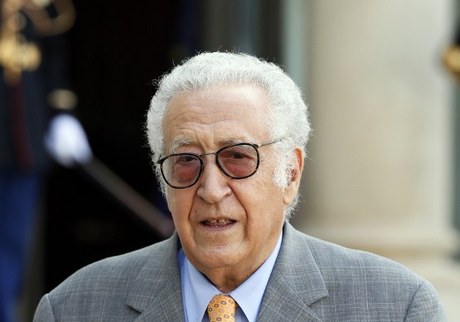 Brahimi entered Syria via a land border crossing with Lebanon after arriving earlier in the day at the Rafik Hariri International Airport from Cairo.

"The international envoy crossed the Lebanese-Syrian border at about 2:00 pm (1200 GMT)," a Lebanese border official told AFP on condition of anonymity.

Airport officials in Beirut told AFP on condition of anonymity that the United Nations was tasked with ensuring Brahimi's security on his journey into the embattled country.

Brahimi's visit to Syria is the first since October 19.

During his previous five-day stay, he held meetings with President Bashar Assad and other top Syrian officials over a tentative ceasefire for the Muslim Eid al-Adha feast. Despite pledges, the truce did not hold.

Information Minister Omran al-Zohbi, who told reporters he was unaware of any visit by Brahimi, reiterated calls for national dialogue to solve the spiraling crisis.

"Only Syrians will participate in national dialogue," he said. "The Syrians will decide for themselves. We tell those who do not want dialogue to engage in talks, because time is running out."

Yes....why not go by plane to the Damascus airport?

Ironically now, the international responsibles are passing by Beirut ...

If jabhat nusra is a terrorist organization, what do we call the regime gang that bombs bakeriesand kills people in dozens!!! How does the world react?? By sending envoys to meet the gangster terrorists, tfeh, and then you wonder my dear friends why he surian people welcome fundamentalists? Wat choices do,they have? The whole world is against them. They will free their country with their own hands, tthe end for this gang is near.