London Says Belmokhtar Death would be Blow to Terrorism 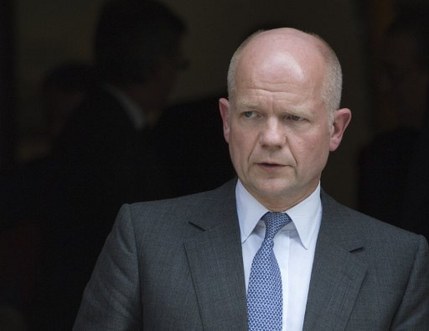 Britain said Sunday that the reported killing of Islamist militant Mokhtar Belmokhtar would be a blow to terrorism in North Africa but would not represent the end of Mali's troubles.

Chad said its troops in northern Mali had killed Belmokhtar, the one-eyed Islamist leader who masterminded an assault on an Algerian gas plant that left 37 foreign hostages dead in January.

The Chadian army, which has been at the forefront of the hunt for al-Qaida-linked fighters hiding in northern Mali, said Belmokhtar was killed during an operation in the Ifoghas mountains on Saturday.

"It would be a blow to terrorism," British Foreign Secretary William Hague told BBC television.

"These are reports from Chadian soldiers who have been doing a lot of the fighting in northern Mali. We can't absolutely confirm this at the moment -- I stress that.

"It would be a blow to terrorism and to the criminal network around this man and other people.

"But it doesn't mean that the problems of Mali would be at an end. There's a lot to do to promote a political process in Mali: elections, legitimate government and so on. That work has to go on."

Belmokhtar, an Algerian national and Afghanistan veteran, had broken away from Al-Qaida in the Islamic Maghreb weeks ago to form a group called Signatories in Blood.

More jibberish. The only blow to terrorism would be if they knocked out Saudi Arabis' Grand Mufti, by far, the top sponsor and godfather of international terrorism of this sort.