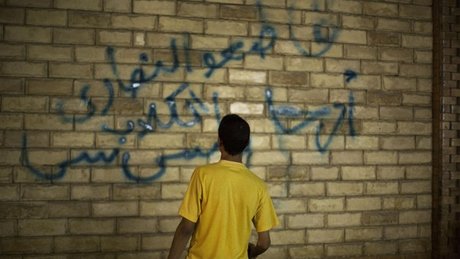 The assailants threw firebombs at Mar Gergiss church in Sohag, a city with a large community of Coptic Christians who comprise up to 10 percent of Egypt's 84 million people, causing it to burn down, the official MENA news agency said.

Dozens of Morsi supporters were killed on Wednesday as security forces moved in to disperse them from two major protest camps in Cairo that they have occupied since around the time the army ousted him six weeks ago.

Fiends. I'm confident the country's hope for harmony and prosperity will crush these indoctrinated, recalcitrant, irresolute hooligans and pave the way for a new twilight in Egypt.

May the Islamist Terrorists burn in hell. First they will burn in the street to death and then again in hell in the lake of fire. tfeee

Looks like muslims like burning Churche`s and killing prist`s,And this church burning is not the first time !I wonder how they feal what goes around comes around !