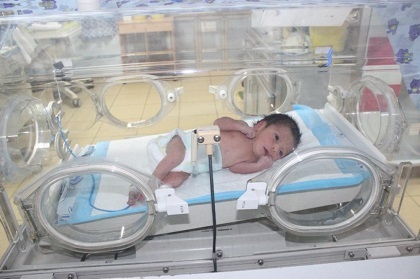 The mother of a newborn, who was abandoned in the southern Lebanese town of Qana, and her husband were detained on Sunday.

“After investigations were carried out police in the south detained Syrian nationals H. H., the mother of the newborn, and her husband B. A. Aa.,” a communique issued by the Internal Security Forces said.

According to the statement, the husband of the mother isn't the biological father of the baby girl and had told his wife that her newborn was dead during delivery, prompting him to abandon her on the side of the road.

The suspect confessed that he didn't want to raise the baby.

The state-run National News Agency reported that the mother was later on released, while her husband remained in custody.

On Saturday night, the newborn was found on the side of the road in the town of Khishneh in Qana, wearing a hospital designed hand-bracelet on it the name of the mother Hajr Halabi.

The baby girl was submitted into Jabal Aamel hospital in the southern city of Tyre.

Good work, Naharnet! First you protect the mother by only giving her initials H.H. And then later on in the article you give us her full name Hajr Halabi........