Mashnouq: I Have Performed My Duties Regarding Parliamentary Elections 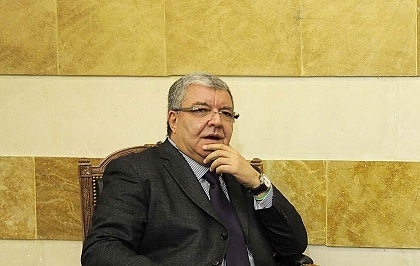 The deadline for the electoral bodies to sign a decree to participate in the parliamentary elections will end on Monday, as Interior Minister Nouhad al-Mashnouq said that he has performed his duties regarding staging the polls, reported An Nahar daily on Sunday.

The minister told the daily: “I have completed all of my responsibilities and I have sent the decree to cabinet within the legal deadline.”

According to article 44 of the elections law, the decree should be signed by 24 ministers in accordance with the mechanism adopted by cabinet.

Those objecting to it have 90 days to do so before the elections date.

The polls are scheduled for November 16.

Lebanon will enter on August 20 a deadline to agree on a new electoral law ahead of the elections.

Last year, the parliament extended its mandate to November 2014 for the same reasons and over a disagreement over a new electoral law.

But this year, the crisis widened after the Baabda Palace was vacated over the failure to elect a president.

There are fears that the failure to hold the parliamentary elections would lead to a greater vacuum.

Speaker Nabih Berri has repeatedly voiced his rejection of the extension.

Just Do It
Elections must take place