The Lebanese League for Women in Business (LLWB) - General Assembly 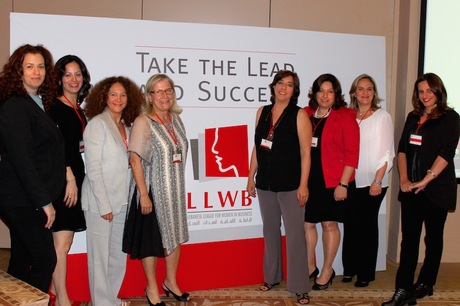 The Lebanese League for Women in Business (LLWB), established in 2006, held their General Assembly on Thursday 7 May 2015 at the Movenpick where discussions took place concerning the mission, vision and plan of action suggested by the newly elected board members.

LLWB is a scientific and cultural organization that aims to bring together professional women by providing them with a forum in which they can exchange experiences and expertise, discuss common challenges and issues, provide specialized training, facilitate the exchange of information, network and promote the potential of women in the world of business. Our goal for the Join and Grow events is to bring together women in business to network and listen to inspiring leaders give talks that are idea-focused, to foster learning and provoke conversations that matter.

His Excellency Dr. Jihad Azour was the guest of honour with the presence of 80 women leaders. His speech covered statistics about working women including the high level of education attained by women in general. He noted the need for Lebanon to have a more active participation of women in the working force and their effect on the economy and highlighted the impact and effectiveness of women in the reform and development of society and their role in building a better future.

In addition, he persisted in his view that the distinct role of women will be the key for building a prosperous economic future.

Furthermore, the board members shared the details of the suggested programs for the coming year and called for the formation of required committees involving all who are interested.

Monthly meetings titled “Join and Grow”, the first of which will be held on Wednesday 3rd June 2015 will kick off the LLWB events for this year after the successful General Assembly.