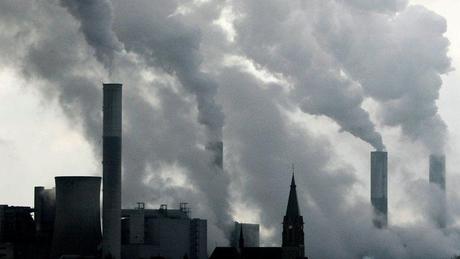 Global plans to curb carbon dioxide are well below what's needed to keep temperatures from rising more than 2 degrees, according to a new analysis.

It is the work of researchers from the Climate Action Tracker (CAT), a consortium of research institutions.

They examined the commitments already made by governments to limit warming.

The CAT rated seven of the 15 submitted carbon plans as "inadequate" to keep temperatures below the accepted level of dangerous warming.

The analysis was released at a UN climate negotiation meeting in Bonn aimed at advancing a new global treaty.

As part of the attempts to tackle global warming, countries have agreed to submit their national plans to the UN before key talks in Paris in December.

So far, 56 governments have published their "intended nationally determined contributions," or INDCs in the jargon of the UN.

The likes of China, the US and the EU have already submitted their intentions. In this analysis, the CAT looked at the plans of 15 countries that between them account for almost 65% of global emissions.

However, seven - including Australia, Canada and Japan - were said to be "inadequate", meaning that they are not considered fair contributions to limiting warming to 2C.

Six - including the US, EU and China - were said to be "medium", meaning they are consistent with the target.

Two countries, Ethiopia and Morocco, were said to be "sufficient", and in line with the 2 degree goal.

"It is clear that if the Paris meeting locks in present climate commitments for 2030, holding warming below 2C could essentially become infeasible, and 1.5 degrees C beyond reach," said Bill Hare of Climate Analytics, part of the CAT group.

According to the analysis, the commitments made so far would see temperature rises of up to 3C, with greater impacts on sea-level rise and the frequency of extreme weather events.

Many countries with significant emissions of CO2 have not declared their hands so far, including Indonesia and Brazil.

Brazilian environmentalists have come up with their own INDC at this meeting in an effort to push their government forward.

They claim that the country, the world's seventh biggest emitter, can trim carbon by 35% by 2030 from 2010 levels. They call for an end to deforestation, replanting at least 14 million hectares of native forests and boosting hydropower and biofuels.

"We are showing that it's possible for the country to give a fair and ambitious contribution that is both good for the climate and good for the economy," said Carlos Rittl, from the Brazilian Climate Observatory.

The overall lack of progress towards meeting the 2 degree target will not come as a surprise to government officials meeting here to push forward negotiations on a new global compact.

This week they are attempting to cut down an unwieldy 83-page draft text into something more manageable. There are still major divisions over the shape and content of a new treaty, which will attempt to put long-term ambitions to curb carbon into a legally binding form.

Issues of money are never too far from the surface in these talks. In their opening statement, Sudan, on behalf of the African group of countries, affirmed their "strong reservations" over the current text.

"The group reaffirms that loss and damage is very critical to the core agreement," pointing to the issue of reparations for damages caused by climate change - something that is anathema to richer countries.

It is one of a number of thorny issues that have paralysed progress in this forum. Delegates are aware that they face a very difficult task with just one more week of formal negotiations left after this one, before the parties gather in Paris.