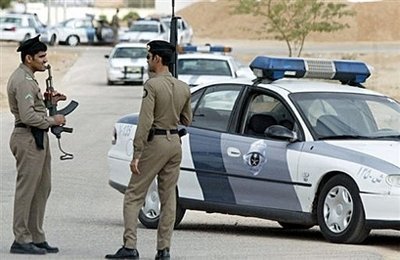 A former Guantanamo detainee who rejoined Al-Qaida in Yemen after graduating from Saudi Arabia's rehabilitation programme has turned himself in to Saudi authorities, the government said on Friday.

"He contacted our people during Ramadan and asked for their help to return to the kingdom," Turki said.

"We led him step-by-step until he reached Yemeni security forces, based on our instructions," he said.

Faifi was one of a group of former prisoners at the U.S. Guantanamo prison who had been returned to Saudi Arabia for rehabilitation in December 2006 but then escaped to Yemen two years ago after completing the reform programme.

The group became a key part of the Yemen-based Al-Qaida in the Arabian Peninsula, or AQAP, and began plotting attacks on Saudi as well as Yemeni targets.

In total 11 of 117 Saudi Guantanamo returnees returned to militancy after completing the rehab programme, according to a top Saudi counter-terror official. Several have been killed or captured.

Faifi had been held in the U.S. naval facility in Guantanamo, Cuba on accusations he trained and fought with Al-Qaida and the Taliban in Afghanistan in 2001.

U.S. Defense Department documents say one of his aliases was on a captured Qaida computer, that he fought against the Northern Alliance, and that in November-December 2001 he met with Qaida members in Tora Bora, Afghanistan.

The documents give no date or location or his arrest.

Turki said that Faifi's case will be administered "according to local laws" but that he will be given consideration for turning himself in.

"We will treat him like the others who surrendered."

Other Qaida-linked militants who have turned themselves in have been put through the rehabilitation programme, which aims at convincing them through Islamic teachings that Qaida 's radical ideology is wrong.

It also offers strong financial inducements and supervision through the militant's family that aim at preventing him from resuming militant activities.(AFP)