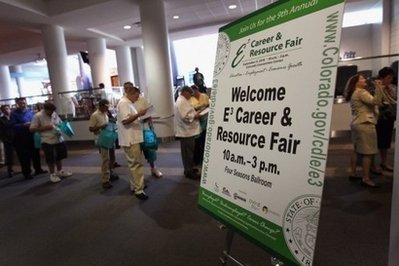 The United States economy created 151,000 jobs in October, much better than expected amid a weak recovery, while the unemployment rate was unchanged at 9.6 percent for the third consecutive month, official data showed on Friday.

The jobless rate matched expectations, while the number of new jobs was more than double the 60,000 forecast by most analysts.

The robust nonfarm payrolls number was driven by job gains in mining and a number of service-providing industries, the Labor Department said.

The rebound came after the economy shed 41,000 jobs in September.(AFP)