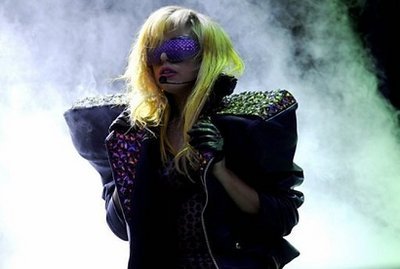 Americans have cleaned up at the MTV Europe Awards in Madrid, as Lady Gaga picked up three top prizes and awards crowned Katy Perry, Canadian teen idol Justin Bieber and half a dozen U.S. outfits.

The U.S. diva Lady Gaga received her trophies, for female artist of the year, best pop act and best song for "Bad Romance", on stage in the Hungarian capital Budapest where she was performing to a packed concert audience.

"This means so much to me. Europe I love you," Lady Gaga, who bagged a slew of prizes at the U.S. version of the awards in September, told fans via a live link, switching between sets from a leopard bodice to a see-thru nurse outfit.

The Canadian-born Bieber, who shot to stardom after his songs were spotted on YouTube, was named best male act at the awards ceremony, based on a vote of 46 million people and hosted live by "Desperate Housewives" star Eva Longoria.

"It's a big achievement for me," said the 16-year-old, who was up against established rivals including Eminem and Kanye West. "All the other artists in this category are such an inspiration."

Katy Perry, who like Lady Gaga was nominated in five categories, picked up the best video award for her hit single "California Gurls".

The best hip hop award was for Eminem, who offered his thanks in a video beamed from Brazil, and the best live act award went to the Americans "Linkin Park" -- who were performing in downtown Madrid at the same time.

"Thanks for making us icons," frontman Jon Bon Jovi said upon receiving the award. "I want to thank you fans for this unbelievable ride over a quarter of a century."

And a "Free Your Mind Award" rewarding social responsibility went to Shakira for her campaigning for education for disadvantaged children -- most recently using the proceeds from the "Waka Waka" World Cup anthem.

Sunday's host Longoria -- who said before the event she planned to "pull off some way-out outfits" -- was true to her word, trumping Lady Gaga's now infamous meat dress with a tongue-in-cheek "Spanish ham dress".

After switching between half a dozen outfits, from magenta slit-front tuxedo jacket to black, shoulderless mini dress, the glamorous 35-year-old actress shimmered onstage in a layered satin gown.

But U.S. singer Katy Perry, who picked up a best video award at the event for "California Gurls", promptly whisked off Longoria's gown to reveal a shimmering black bustier and mini-shorts beneath.

And then the fashion finale, as Longoria waddled onstage in a life-size tribute to the "meat dress" -- made entirely of raw steak -- which Lady Gaga wore to the September MTV music awards in the United States.

Longoria's reply, the "Jamon Iberico" or Spanish Ham dress, was shaped like a fleshy leg of cured ham, with only her head poking out of its centre.

"Lady Gaga couldn't be here tonight but she left this dress backstage," the actress quipped. "Who knew Spanish ham was one of my colors?"(AFP)