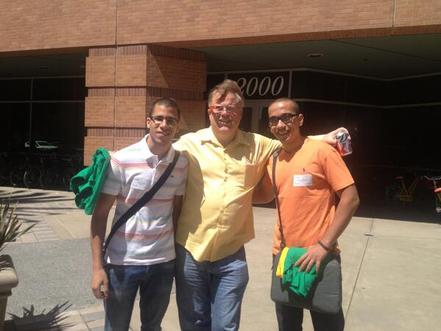 The challenges of reporting bugs

Finding the bug in an app is demanding, but being able to report it should be rewarding. Yet, what happens when the reporter is unable to communicate directly with the developer?

Last week, when Shreateh was programming Facebook applications, he found a bug on the 100bn-dollar-company that would allow users to post on timelines of people they were not “friends” with.

“First I reported the bug in several reports to the Facebook security. They replied saying that it was not a bug. I took it to a higher level and posted all the details on Mark Zuckerberg’s timeline,” said Shreateh to the MIT Enterprise Forum Pan Arab.

When asked why he had gone to those extremes he said that “you have two choices when you find a bug as a white hat hacker: you can sell it in the black market or you can be considerate by reporting it, and receiving the prize money offered.”

Bugs are an issue in the tech world. Moataz Soliman, co-founder of Instabug, said, “there is no 100 percent bug-free software. This is why crowd-sourced bug reporting is the only solution out. Developers have to admit this and provide themselves with a convenient way to report these bugs.”

“I was sitting in a coffee shop across from Evernote just the other day, when I received a notification on my iphone asking me to update the Evernote app,” said Omar Gabr , co-founder of Instabug, from Silicon Valley, “The proximity amazed me.”

Normally Gabr would have been thousands of kilometers from Evernote, in the Arab world where the entrepreneurial and app ecosystem is still developing. This time however, he was experiencing the tech world differently.

“Working in the ecosystem and then going to see it happening in front of you is amazing,” he said.

“Most bugs are about bypass limitations and people privacy,” said Shreateh, “This is what apps should be securing mainly.”

Instabug is moving forward and currently seeking customers in Silicon Valley that are willing to avoid public bug-reporting and form a bridge between the developer and the user.

Chosen as one of the 15 finalists out of 100 applicants in The Next Web's USA Mobile Rally, Instabug will have the opportunity to present onstage and receive exposure with investors, media and marketers at the TNW Conference USA.

“The hacker posted the bug on Mark Zuckerberg’s wall because he couldn’t report it elsewhere,” said Gabr, referring to Shreateh, “we are changing the way bugs are being reported.”

The white hat hacker was not offered the reward money from Facebook because the case was ruled as a violation to the terms, since he had compromised the security of user accounts. Shreateh received an apology, but no sign of the reward money. The reaction was met with support from the white hat hacker community for his efforts, by rewarding him through crowd funding.

The campaign rounded-off with $13,125, which is currently being transferred to Shreateh.