Famissima: Semi-finalist of the MITEF Arab Startup Competition will launch at Demo Africa 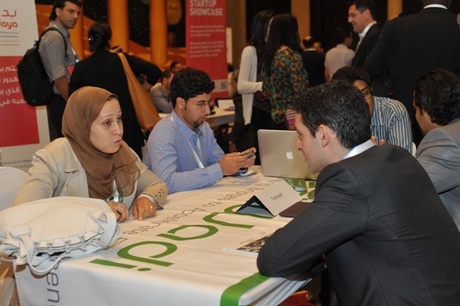 This article is provided by MIT Enterprise Forum Pan Arab

Parents often find themselves overwhelmed when balancing their family and work life, not to mention their daily errands and children’s after-school activities.

A Tunisian mother of two, Ahlem Bouchahda, has used her ICT skills to create Famissima, an online platform that simplifies family life. She entered Famissima in the MIT Enterprise Forum (MITEF) Arab Startup Competition, in collaboration with ALJ Community Initiatives, earlier this year, and has now been selected to launch at Demo Africa, as one of the Top 40 most innovative startups in Africa during October 24 and 25.

The organization that aims to connect African startups to the global ecosystem, Demo Africa, will give Bouchahda the opportunity to present her plans before a vast audience spanning from global investors to the media, strategic buyers and other entrepreneurs.

“In Tunisia we don’t have this trend of entrepreneurship,” says Bouchahda, “It only began about two years ago. I am among the first young entrepreneurs in Tunisia that are improving the entrepreneurial ecosystem in our country.”

It was only five months ago that Famissima debuted as a semi-finalist in the Ideas Track at the MITEF Arab Startup Competition.

She continues to say that she also benefitted when creating many contacts and meeting VCs, investors and mentors who all played an important role in creating her product.

“It is especially the networking that was most beneficial to me during the competition, seeing as my target audience is in the MENA region,” Bouchahda continues.

Bouchahda says that her coach assigned for the competition, Nicolas Rouhana who is the Executive Director of Berytech, helped her a lot during the competition and continues to do so ever since.

“We had a few exchanges after the Doha event; the team was pursuing the platform development, as well as devising a marketing plan for the Tunisian market, both on which we had shared thoughts together,” says Rouhana.

Executive Director of Berytech is a supporter of Famissima, “There is a need to connect, to build a community and to have personalized and interactive ways that put moms in touch with each other to help them solve their problems.”

The Founder and CEO of Famissima returned to Tunisia where she is receiving startup-support from Microsoft and has dedicated herself to building her online family social platform. She reports that the product is ready with key features developed, and minor additional features that have yet to be added. Famissima will be complete for testing in the coming week.

“I was advised to do the proof of concept in Tunisia and then spread to the MENA region,” says Bouchahda. She is contacting Tunisian investors first and will target regional investors at a later stage.

Famissima looks forward to applying to the startup track in the upcoming MITEF Arab Startup Competition this October.