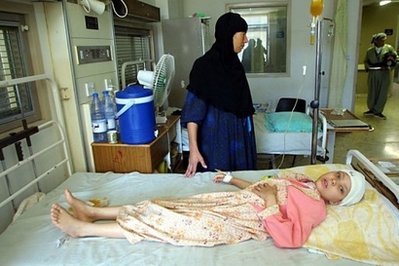 Mutations in a single gene can predict whether leukemia patients will suffer a more severe form of the disease, said a study released Wednesday that could change treatment for the blood cancer.

Researchers made the discovery after sequencing the entire genome of a patient who had died from acute myeloid leukemia (AML), which kills around 9,000 Americans each year.

They then compared the patient's genome with 300 other patient samples and found that mutations in a single gene, called DNA methyltransferase 3A or DNMT3A, seemed to be responsible for treatment failure in many of the patients.

"Based on what we found, if a patient has a DNMT3A mutation, it looks like you're going to want to treat very aggressively, perhaps go straight to bone marrow transplantation or a more intensive chemotherapy regimen," said senior study author Richard Wilson of Washington University's Genome Center.

Researchers found the gene mutation in about a third of patients studied and those whose prognosis based on existing tests was uncertain, or viewed as an "intermediate" risk of treatment failure.

More than half of all such AML patients are typically treated with standard regimens of chemotherapy, which researchers said they now believe may not be the best approach.

"We have not had a reliable way to predict which of these patients will respond to the standard treatment," said lead author and hematologist Timothy Ley.

"In the cases we studied, mutations in the DNMT3A gene trump everything else we've found so far to predict adverse outcomes in intermediate-risk AML."

Researchers said the discovery could also help "provide a molecular target against which to develop new drugs."(AFP)