7 Injured in Fighting Over Front Seat in Southern Town 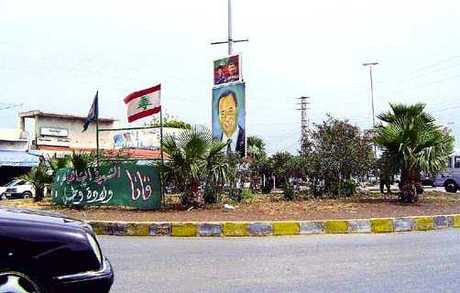 Seven people were injured after a wealthy businessman’s prestige prevented him from accepting that a person from a lower social status sit at a front row during a condolences prayer in the south, the National News Agency reported.

NNA quoted several witnesses in the town of Buyout al-Siyyad in Tyre as saying on Monday that businessman A.Z. viewed a decision by another man to sit at a row in front of him as a challenge.

While prayers were taking place on the soul of the deceased, his supporters entered the hall and began firing in the air and attacking people with knives and sticks.

Seven people received knife wounds and bruises and one of them suffered injuries from a stray bullet.

hizb and amal have turned those villages into farms

Only in Lebanon, where the governmental policy of collective amnesia and cosmetic "peace" had created a vampiric all-image-no-substance culture...

Congratulations my countrymen on this animal behaviour....

Unbelievable.
Too much to digest and too much to understand.
Backward we go......continue

Uncle's comments are despicable.
Shame on Naharnet for allowing this level of discourse to continue.
If anything, it owes its readers an apology. I know that it leaves me to consider looking for other alternatives to get my news.

Uncle's comments are despicable.
Shame on Naharnet for allowing this level of discourse to continue.
If anything, it owes its readers an apology. I know that it leaves me to consider looking for other alternatives to get my news.

The person from the so called" lower social status",I nominate you Lebanon person of the year.

The idiot is of the same mentality as farid haykal khazen who proclaims he is "1000 years old" in Lebanese politics and drives around and threatens municipalities for not allowing his friends to build illegal projects. Denies he did this publicly but is caught on camera.

A lot of the people that post comments on Naharnet are not any better than that guy. Some people in the Lebanese society have become so low in their behaviour (Tyr incident) and comments (on Naharnet) to the point that is a pity on the decent people of Lebanon.

slash - your so sick you cant even see it. You have the mentality that has destroyed lebanon before and will destroy it again but dont worry, your not alone, most lebanese carry the same sickness, regardless if they are march14 or march8, its the same mentality, its just that it goes to diffirent directions.

LOL most ridicilous article ever

It's ok guys, they were resisting the Israeli spies in the prayer.

How disgusting this is? The Maxx...I agree. Lebanese culture is loosing it's soul. Image and status against substance and respect.