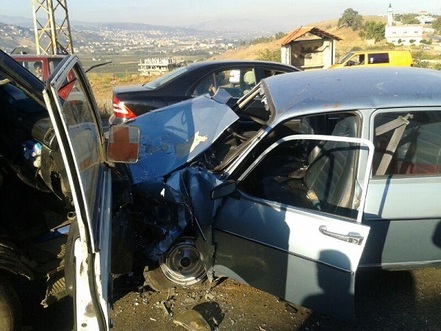 A Syrian toddler was killed and five others injured on Monday in a traffic accident in the northern town of Hawshab in Halba, the Traffic Management Center reported.

A one-year-old baby, identified as Sarab Ahmed Dreiyi, was killed when a minibus collided with a Renault 12 vehicle.

According to NNA, the accident injured four people, including the mother of the toddler, Nasma al-Mawasi, who is in a critical condition.

Ahmed Assi, Mazen Dandashli and his brother Nazer were among those who were injured.

Two Ambulances rushed to the scene and transferred the wounded people to nearby hospitals.

subhuman you are indeed idiot FT... mocking the death of a child... i did not expect less from a creature even lower than an animal....