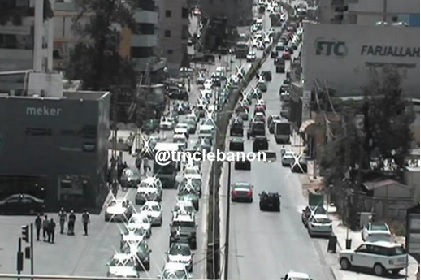 Security forces kicked off on Saturday a security campaign at the Sunday Market in the Sin el-Fil area of Beirut, the state-run National News Agency reported.

According to NNA, security forces are inspecting the identification papers of foreigners and checking their residency permits.

The news agency said that the precautions measures come in light of the implementation of a security plan across Lebanon.

Several people from different nationalities and who don't have their legal papers were detained.

The army recently boosted its security measures after obtaining information of a terrorist act planned to be carried out across Lebanon by a group linked to the Abdullah Azzam Brigades.

can we have the nationality of these terrorists !!!