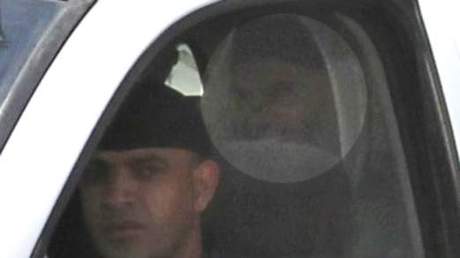 Radical cleric Abu Qatada was acquitted by a Jordan court Thursday of plotting an attack on the American school in Amman but he faces another terrorism charge and will remain in prison.

"The court did not find evidence to support charges against Omar Mahmud Mohammed Otman (Abu Qatada) that he conspired in late 1998 to carry out a terror attack on the American school in Amman," judge Ahmad Qatarneh said in a ruling.

"Based on that, the court unanimously declares the innocence of Omar Mahmud Mohammed Otman for lack evidence," added Qatarneh, before asking journalists to leave the court.

The cleric, who was deported from Britain last July after a 10-year legal battle, burst into tears when the judge made the ruling and members of his family rushed to hug and kiss him.

The Palestinian-born preacher was condemned to death in absentia in 1999 by an Amman court for conspiracy to carry out an attack on the American school. The sentence was immediately commuted to life imprisonment with hard labor.

In line with Jordanian laws, he is now appearing in a retrial and has pleaded not guilty to all charges.

The court adjourned the trial until September 7.

Reacting to the ruling, British Immigration and Security Minister James Brokenshire said the retrial was made possible due to the British government's "determination to successfully deport him from the UK."

"While the courts in Jordan have acquitted Abu Qatada of one of the two charges against him, it is right the due process of law is allowed to take place in his own country," Brokenshire said in a statement.

"We await a verdict on the remaining charge."