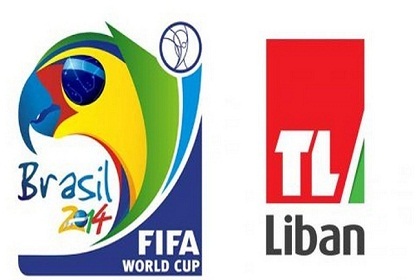 beIN Sports has filed a lawsuit against the state-run Tele Liban for airing the World Cup games for free and without permission, TL announced on Saturday evening.

Tele Liban started broadcasting its first 2014 World Cup match on June 16, although a deal reached between the government and beIN Sports' sole agent in Lebanon did not involve granting TL the rights to air the tournament.

On that same day, Telecommunications Minister Butros Harb had announced that the Lebanese would be able to watch the Brazil-hosted FIFA World Cup, which had already kicked off a week earlier, without paying any additional fees.

But the National Media Council expressed reservation on the agreement which fell short of allowing TL to broadcast the tournament to citizens who do not have cable subscriptions.

Thank u TL!! Finally a leb gov institution gave something to the ppl without charge.

Sue the one who is lowering the prices and increasing the quota of the internet without a proper bandwidth boost or a plan. As a consequence, the whole country is suffering from slower internet.

Are you talking about Sehnaoui or Bassil @Captain ?

If you're referring to Harb, he's releasing the bulk of the IMEWE bandwidth which neither of your BS ministers was able to touch.

Maybe he should sue you for lies and nonsense.

Don't you guys (@FlameCatcher, @Phil) watch YouTube videos? Don't you see that you have to wait twice as long to watch it?

Do you know how to ping and tracert and see that the internet is way slower than it used to be last year?

I am glad that I travel a lot and do that abroad.

Sue whoever you want. They were forcing businesses to pay $3500 to show the game. Walow.

How many times did the news change just before the World Cup 2014 starting and a couple of days afterwards whether TL broadcasting the games for free or not. One can never know what is really going on behind the scenes in this country. There is no transparency!!!

BeIn is the old Al Jazeera Sports. It is owned by the government of Qatar.
Qatar has bribed its way into FIFA , the ugly and corrupt body governing the beautiful game of football.
Moreover if BeIn makes money then this money will go to Qatar who in turn will use it to finance ISIL who are committing terrorist acts in our country.
BeIn is not entitled to sue anyone. It's management and owners belong in Guantanamo. And Qatar's gas wealth should be expropriated to pay for all the victims of ISIL terrorism, (so should Iran's and the Assad Regime's wealth).

So you don't have a cable subscription either ?

I agree that TL should follow the rules but football a luxury? Its the game of the people, its a sad world we live in where the unfortunate cannot enjoy a sport played by athletes who came from tge streets themselfs. Its enough Bein is getting millions from sponsors, it must also charge for the rights to watch! Before big companies and extreme capitalism took over, you where able to watch any sporting event on local stations, they would make money from the sponsors and thats it. Football is no luxury, its a peoples game.