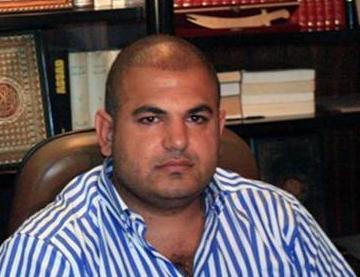 An indictment issued Friday demanded the death penalty for Arab Democratic Party top official Rifaat Eid and three others on charges of murder and terrorism.

The charges also include “starting gunbattles between Jabal Mohsen and Bab al-Tabbaneh.”

On April 28, new arrest warrants were issued against Arab Democratic Party leader Ali Eid, his son Rifaat and others over their involvement in the 18th round of fighting in the northern city of Tripoli.

The warrants came as army troops and security forces started implementing an unprecedented security plan in the North and the Bekaa, which resulted in the arrest of dozens of fugitives while many others are still at large, among them Ali and Rifaat Eid.

That was the third arrest warrant against Rifaat Eid, whose father Ali is accused of helping fugitives behind the 2013 blasts against Tripoli mosques escape justice.

On April 5, State Commissioner to the Military Court Judge Saqr Saqr charged 12 Lebanese, including Rifaat Eid, with belonging to an armed terrorist group, possession of arms, inciting sedition and involvement in gunbattles between the rival Tripoli districts of Jabal Mohsen and Bab al-Tabbaneh.

Excellent news and the punishment is worthy of the crimes he committed.

Next should be hassouna

Me Aoun should also be tried for abandoning his soldiers to death.

I would love to see this thug get the electric chair

Given his size, you'll find now Lebanon will stick solely on generator power as a result :P

Good. Its never too late to do the right thing. Once R. Eid is caught he shall pay for his crime.

I wish u were in the mosque he bombed...

he deserves to be there

In case of non presentation even for small crimes, death penalties are automatically asked. But doesn't mean it will be applied as when the person is captured or surrender, this death penalty is automatically cancelled.
So this news do not explain that and opens the door to the political propaganda far away from the technical law matter.

where are all those m8 guys who were defending this murderer?

Did anyone before mention it that you are an idiot and what you post is 100% in line with your alias. Please, don't tell me you are one of those so called forum "christians" who support HA but were born and raised in Nabatiyeh and enjoy being paid analysts on naharnet. You guys are pathetic and your game is getting old. We know who you are from the minute you type your first letter on this blog. Christians don't need you or your hezb for protection. Yes, we are a minority but far from being anything like you. We are worlds apart....