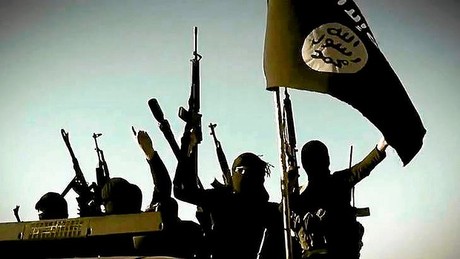 The United Nations said on Thursday that jihadists in Iraq have ordered all women between the ages of 11 and 46 to undergo female genital mutilation, but experts quickly cast doubt on the claim.

The U.N.'s second most senior official in Iraq, Jacqueline Badcock, told reporters in Geneva via videoconference: "It is a fatwa (or religious edict) from ISIS, we learnrf about it this morning. We have no precise numbers."

The Islamic State, formerly known as the Islamic State of Iraq and the Levant (ISIS), took over large swathes of the country last month and has begun imposing its extreme Salafist interpretation of Islam.

But several experts have speculated that the fatwa may have been a hoax, and a number of journalists said on Twitter that their contacts in Iraq had not heard of it being issued.

Charles Lister, visiting fellow at the Brookings Doha Center and expert on Iraqi and Syrian extremist groups, said the U.N. claim appeared to be based on a "quite clearly faked statement" that began circulating online on Wednesday.

"It would certainly be a very big coincidence if the U.N. source was separate but happened to arise at the same time as this fake statement online," he said.

"FGM just doesn't fit with the Islamic State's image, notwithstanding how brutal an organization it has proven itself to be," he added.

A spokesman for the U.N. in Geneva told Agence France-Presse that "checks" were underway in Iraq, and that until then "nothing had changed."

Badcock earlier said that if you took U.N. population figures as a guide, around "four million girls and women could be affected" by the alleged fatwa.

Female genital mutilation is unusual in Iraq and is only practiced in "certain isolated pockets of the country," she added.

She said only 20 families from the ancient Christian minority now remain in Mosul, the northern Iraq city which ISIS has taken as the capital of its Islamic state. Most have reportedly fled north into Kurdish-controlled territory.

Badcock said some Christians have converted to Islam, while others have opted to stay and pay the jiyza, the tax on non-Muslims the Islamic State has imposed.

They have lost the plot. Where are the leaders of the middle EAST. This is horrific. OMG

These people are psychos. The West needs to intervene to prevent this tragedy.

no thanks, we've had enough of western interventions that always fix a problem by creating 10 worse other problems.

actually if they STOPPED intervening and sending weapons and funding to rebel/islamist groups that mysteriously seem to always end up in da3sh's arsenal, it would already be a big help.

This is the culture that the FSA-Al Qaeda-ISIL jihadist terrorists want to bring in to Lebanon.

hey guys, are you planning and strategizing your comments for the anticipated article on sayyed hassan's speech of tomorrow ? I know I am.... get ready!

What the hell... The middle east is falling apart and the leaders are doing nothing about it