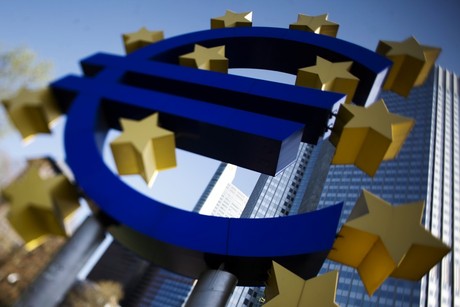 Europe's economic outlook has "deteriorated" with the Eurozone debt crisis contributing to slowing growth in the second half of the year, the European Commission said on Thursday.

The economy in the single currency area is still expected to expand by 1.6 percent in 2011 despite the slowdown, thanks to stronger-than-expected growth in the first half of the year, the EU's executive arm said.

Growth is projected at 0.2 percent in the third quarter and a mere 0.1 percent in the last quarter of 2011, down 0.2 and 0.3 percentage points respectively from a previous forecast.

The economy is "expected to come to a virtual standstill" by the end of the year, Rehn said.

"Recoveries from financial crises are often slow and bumpy. Moreover, the EU economy is affected by a more difficult external environment, while domestic demand remains subdued," he said.

"The sovereign debt crisis has worsened, and the financial market turmoil is set to dampen the real economy," Rehn added.