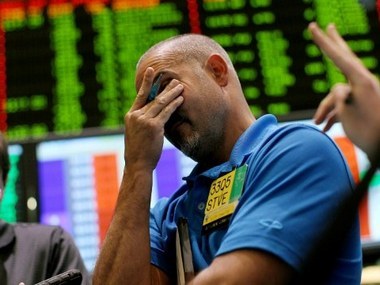 World oil prices diverged on Wednesday as the market was torn between growing expectations of more stimulus measures from the U.S. Federal Reserve and gloomy IMF growth revisions, analysts said.

The oil demand outlook has darkened after the International Monetary Fund warned that the global economy has entered "a dangerous new phase," with a recovery that is much weaker than was predicted just months ago.

The IMF also cut its growth forecasts for the global economy to 4.0 percent for 2011 and 2012, and cautioned that Western economies could very well fall back into recession.

Traders were awaiting the outcome of a U.S. Federal Reserve meeting widely expected to deliver some new stimulus for the sagging American economy. The United States is meanwhile the world's biggest oil consuming nation.

"The potential (U.S.) stimulus story, on the other hand, points to higher prices as it will bring in speculative buying long before there is a growth effect."

The meeting of the central bank's Federal Open Market Committee may move to further press down long-term interest rates, in hopes of prodding cash-rich banks to lend and companies to invest despite gloomy economic forecasts.

Weakness in the United States and Europe -- two of the world's major economic growth engines -- has weighed down on global financial markets in recent months.

Also on Wednesday, traders were set to focus on the latest snapshot of energy inventories in the United States.

The Deparment of Energy is expected to reveal that U.S. crude reserves sank by 900,000 barrels in the week ending September 16, according to analysts polled by Dow Jones Newswires.