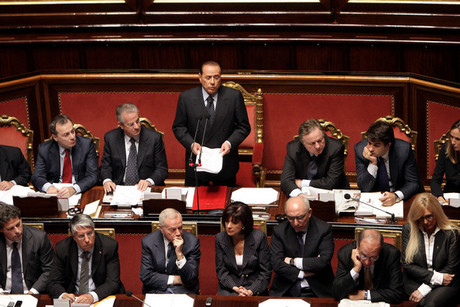 The Italian government lowered its growth forecast sharply on Thursday, while insisting that the austerity plan adopted last week is sufficient to balance the country's budget by 2013 as planned.

Despite "weaker growth," the "austerity plan is amply sufficient to balance the budget in 2013," it said, contradicting claims by many experts that more measures will be necessary if the government's target is to be reached.

The figures are still more positive than the forecasts announced on Tuesday by the International Monetary Fund, which put growth in 2011 at 0.6 percent and 2012 at 0.3 percent.

Despite passing a 54.2 billion euros austerity plan aimed at balancing the budget by 2013, Italy has not been able to reassure skittish investors, who balk at the country's vast debt -- around 120 of the Gross Domestic Product.

Standard & Poor's ratings agency lowered Italy's credit rating level on Tuesday on the grounds that a weak coalition was trying to govern an economy with weak growth prospects -- increasing fears that the third largest economy in the Eurozone may be next to succumb to the economic crisis.