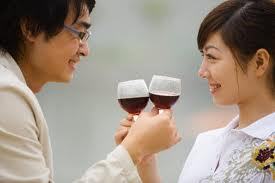 The booming Chinese mainland is now the largest importer of Bordeaux by volume, driving a jump in exports of the French wine, an industry body said.

Exports from the French winegrowing region rose 34 percent in value and 23 percent in volume between July 2010 and June 2011, the CIVB Bordeaux Wine Council told a press conference late on Wednesday.

The boom was driven in part by iconic great estates, but the bulk came from little chateaux selling wines for less than 4.50 euros, which accounted for two-thirds of the gains in volume.

Growth was most spectacular for China, excluding Hong Kong, as the mainland edged out Germany as Bordeaux's largest importer in terms of volume with sales up 85 percent to 314,000 hectoliters, worth 231 million euros.

Mainland China now buys some 10 percent of all exports from the Bordeaux region, estimated Georges Haushalter, president of the CIVB.

Hong Kong -- which unlike the mainland has no import duty on wine -- remains the number one Bordeaux importer in terms of value, rising 71 percent to 90,000 hectoliters, worth 326 million euros.

Bordeaux sales plunged by 700,000 hectoliters during the economic crisis in 2008, with growth beginning to recover in 2010 as sales rose 14 percent in volume, and picking up pace this year.

Non-European Union consumers led the pack, with exports up 39 percent in volume and 52 percent in value.

These markets -- chief among them China, Hong Kong, Japan, Britain, the United States, Belgium, Germany and France -- are the target of a new business plan launched last year by the Bordeaux Wine Council.

Bordeaux has earmarked 3.29 million euros, the largest share of its 17 million euro marketing budget, to woo consumers in the United States, the world's largest wine market.

As part of the plan, the CIVB has announced the appointment of a new marketing director, Francois Jumeau, who spent the past decade at Coca Cola, then at Brasseries Kronenbourg.