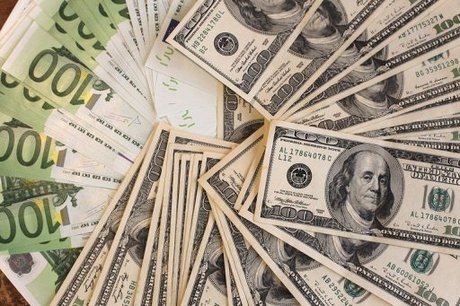 The U.S. dollar rose against the euro Thursday, as investors fled from the single European currency amid a widespread global market sell-off.

"Forex trading crowd sentiment has favored U.S. dollar gains against the euro and sterling for some time," said Christopher Vecchio, a currency analyst with DailyFX.

"But now with the move to safer assets rapidly accelerating, significant shifts suggest that the euro may continue to fall as the dollar rally continues across the board."

The European single currency struck a new 10-year low against the yen as investors sought the safe-haven Japanese currency.