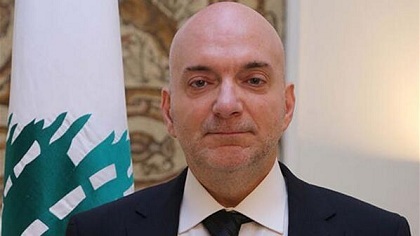 Economy Minister Alain Hakim described on Monday a recent visit by him and Health Minister Wael Abou Faour to Beirut Port as a “media circus” although the latter dubbed the media as his main ally in his campaign for food safety.

“The visit to the wheat silos at Beirut Port turned out to be a media circus,” said Hakim during a press conference. “The media show is unacceptable.”

“Wheat is fine because silos are hermetically closed,” he said.

“Fighting corruption comes through solving important files, such as waste,” he stated in reference to Abou Faour's campaign, which he said required a “clear mechanism” to guarantee its continuity.

Hakim and the health minister have been at loggerheads since last week and have exchanged accusations over the campaign that Abou Faour launched late last year.

The health ministry lashed out at the economy ministry on Friday after it rejected any responsibility for expired sugar stored at Tripoli Port.

Abou Faour has also warned that the “Lebanese are sharing wheat with rats and pigeons” at Beirut Port.

Hakim denied on Monday that he rejected the disposal of expired sugar and mockingly said: “The rat was at the port and not in the silo.”

The health minister's clampdown has so far seen the closure of restaurants, slaughterhouses and other institutions for violating the standards.

Abou Faour snapped back at Hakim on Monday, saying following a tour to Tripoli Port that “the media is the main ally that stood by the food safety campaign and the citizen.”

Abou Faour hailed the port authorities for clearing tons of waste at the port and for carrying out work to stop rats from entering the silos.

But the minister said the depot where vast amounts of sugar are stored do not meet food safety standards.

“The sugar has expired and the depot's situation is catastrophic,” he said.

“Some of the expired sugar entered the Lebanese market” for consumption, Abou Faour added.

your right Mr Hakim corruption fight begins with our politicians whom are the richest in the world
min ayna laka haza from the president to the ministers ,mp, judges ,isf,......and so on

bou faour did his best to devastate the little food industries we had. what israelis didnt destroy in 2006 bou faour did in 2014... i wonder what is in it for him... i say we watch the "rehabilitation" tenders very closely, as well as the origin and importers of new products that will take the place of local ones.

You are either an idiot- end of discussion.

lol gotta love your powerful arguments, you really must be a smart one.

Keep ure stupid comments for you, plz.
Mowaten its a shame to make comments under the Lebanese flag as picture profile... At least change this picture and put the one of the militia you represent, ashraflak ya ashraf el nass......

i wish many abou faour will erupt from our society,i call abou faour: HOPE.

why would you censor this naharnet?

Tchad (Guest) i'm not really interested in your advice (dont take it personally, you're just a nobody posting off-topic rants under a guest name), so if you have any arguments or point of view to share please do. if not, then take your own advice and keep your* stupid comments to* yourself*, "plz"

Power to Wael Abou Faour for doing his job.
Fighting corruption has to start somewhere. I wonder what powerful commercial interest is "influencing" Alain Hakim.
Given that our judiciary is on planet Uranus, I suggest that the "media circus" should start investigating Hakim.

who in his right mind would be against what Abu Faour is doing? Its for the good of the people. This is part of what change and reform should look like.What do they want khara jradeen w hamem in the food?

Context or no context, political gains or not, what he is doing benefits the people and that is good enough for now.

who says it really benefits the people? some doubts have been cast on the way the tests were conducted, and he pinned down hundreds of restaurants and factories where hundreds of thousands of people ate without anyone being sick... so who did he save? what did he do beside promote his own image and destroy the fragile economy?

gee, what did we do to deserve such slow people around here?
no one got sick is an indication that maybe there wasnt anything wrong in the food to start with.
also, no one sick means if any work had to be done, it could have be done smoothly, without trumpeting it all over the medias, ruining restaurants and closing down major factories that thousands of people relied on for their jobs!
seems like bou faour's "cure" did more damage than the original problem.

Enough of minimizing the status of quality of our government institutions where negligence, compelling decay in health concerns looks like more important than ones IMAGE. Ministry of ... who cares what, A mess is a mess, and people's lives are far more critical than any minister. This should be our last life line wheather Hakim or abu Faour. MINISTERS come and leave fast, their ministries should be accountable all times.