Lessons to be Learned from the STL 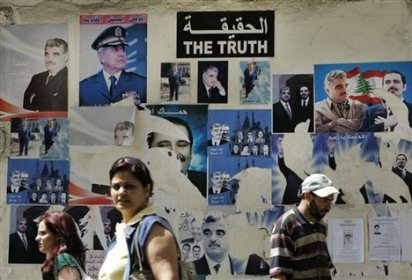 The Special Tribunal for Lebanon is functioning according to a specific timeframe and based on specific rules in spite of the differences between Lebanese politicians on the court's role and objectives.

Although one can understand their differences from a political perspective, it is shameful that the Lebanese from various factions are not benefiting from its technical aspects.

The behind the scenes operations at the tribunal in The Hague should introduce the Lebanese to a new culture beyond the discussions taking place at the trial chamber on those responsible for the Feb. 2005 assassination of ex-Prime Minister Rafik Hariri.

The “culture of international justice” - though seen by its critics as western, colonial and politicized - remains a school of thought that should become a basis for consolidating Lebanon's judicial branch.

The STL's working mechanism, the structure of the trial chamber, the respect of the staff, the accuracy in holding the hearings and other improved techniques should unite its supporters and critics because the Lebanese judiciary lacks some of the simplest characteristics that the international court enjoys.

If it were impossible for the Lebanese to agree on the role of the tribunal and its objectives, including its final verdict, then one of its positive aspects would be for the people to enjoy modern judicial techniques that they haven't previously witnessed.

Lebanon's judiciary should take the STL as an example to build a judicial institution which the Lebanese deserve.