Costa Rica Uses 100% Renewable Energy for Past 75 Days. How are they Doing it? 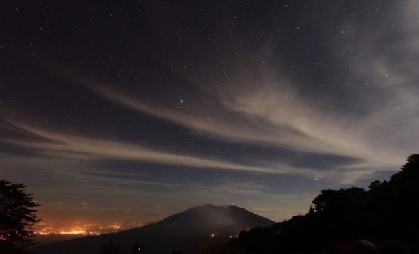 The entire country of Costa Rica is currently running on completely renewable energy and has been for 75 days now. Relying mainly on hydropower, Costa Rica has not used any fossil fuels to generate electricity since the beginning of 2015.

The heavy rainfall over the past year has kept hydroplants busy enough to power nearly the whole country, with geothermal, wind, biomass, and solar energy making up the deficit, according to a press release from the Costa Rican Electricity Institute.

Granted, the Central American nation has several advantages over countries like the US in its ability to rely on renewable energy. Costa Rica is very small, with only 19.6 thousand square miles of land (about the size of West Virginia), and a population of less than five million people. Its energy needs are also lower because it does not have a manufacturing industry.

The switch to renewable energy makes economic sense for Costa Rica as well, given that its primary industries are agriculture and tourism, particularly eco-tourism. Not only is renewable energy cheaper than ever, using it will help protect the nation's assets.

However, Costa Rica’s dedication to renewable energy was at least partially out of necessity.

Along with several other Caribbean and Central American nations, Costa Rica had to scramble to find an alternative source of energy as Venezuela – which sold oil to neighboring nations at a discounted price for years – went bankrupt.

While total reliance on renewable energy may be more difficult for the rest of the world, significant strides have been made.

According to Quartz, Denmark currently gets 40 percent of its energy from wind, and wants to free itself from fossil fuel by 2050. Iceland gets all of its electricity from renewable energy sources, and about 85 percent of all its energy is produced by geothermal and hydropower sources. Sweden, Bulgaria, and Estonia have already hit their energy goals for 2020.

2014 was also the first year in nearly half a century that the global economy grew but the global CO2 emissions decreased. Typically, decreases in emissions are accompanied by an economic collapse.

The problem with complete reliance on renewable energy is that countries need backups in case natural resources dry up. Unreliable rain fall could seriously compromise Costa Rica’s ability to produce energy via hydropower. However, rather than reverting to fossil fuels, Costa Rica is looking to capitalize on its many volcanoes by investing in a massive geothermal energy project.

Costa Rica aims to be carbon-neutral by 2021.