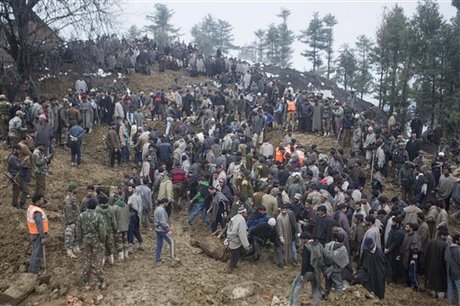 India's prime minister said Wednesday he would boost compensation to farmers whose crops were destroyed by recent heavy rains, amid growing criticism of the government's rural policies.

Narendra Modi was elected less than a year ago with a huge majority, but there has been strong rural opposition to his government's controversial land acquisition bill.

"It is the responsibility of each one of us, the government included, to stand by our farmers who are going through difficult times," Modi said in a speech on Wednesday.

Unseasonal rainstorms have badly damaged the winter crop in India's fertile northern plains, and more than a dozen farmers have reportedly taken their own lives.

Farmers' groups have criticised the government for not doing more to help mitigate the impact.

Modi said the government would increase compensation for damage by 50 percent, and would for the first time allow farmers to claim even if less than half their crop was affected.

He said he had asked banks to restructure farm loans and called on insurers to settle farmers' claims swiftly.

The announcement also followed protests by farmers over the land bill, which aims to make it easier for businesses to compel farmers to sell their land -- a highly sensitive issue in rural areas.

About two thirds of India's population of 1.2-billion depend on agriculture for their livelihood.