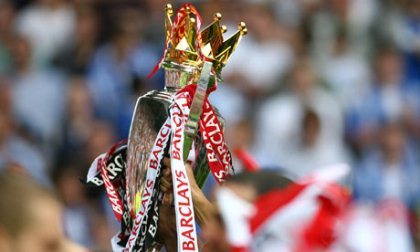 The head of the English Premier League has dismissed fears of a plot to scrap relegation and promotion, branding the suggestion as "nonsensical scare-mongering."

Premier League chief executive Richard Scudamore told Sky Sports News that there was "absolutely no appetite" amongst the top-flight clubs to transform the league into a closed shop.

Asked to respond to the remarks, Scudamore replied: "Well, (a), I could never see it; and (b), there's been no serious debate about it at all.

"It's just a nonsensical starting point...it's scare-mongering of the worst order in my view.

"There is absolutely no appetite for it. You just can't make statements without being able to back it up.

"I'm probably the person sitting with the most evidence. I speak to the clubs on a regular basis. I speak to all the owners - both foreign and British - on a very regular basis and there's no appetite for it whatsoever."

Scudamore said promotion and relegation was the "lifeblood" of English football.

He revealed he had also challenged Bevan to identify the owners who were supposedly in favor of scrapping promotion and relegation -- and the LMA chief had been unable to do so.

"My reaction was to ask him precisely who they were and what they were saying and he was unable to substantiate it in any meaningful way - as I knew he wouldn't be able to," Bevan said.

"This idea that the foreign owners are somehow more interested in this than the UK owners is just a misconception."

Bevan had suggested that relegation may be axed if two-thirds of the Premier League clubs voted for it.

However the league's rules also dictate that changes would need approval from the English Football Association, which would be highly unlikely to approve the plan.