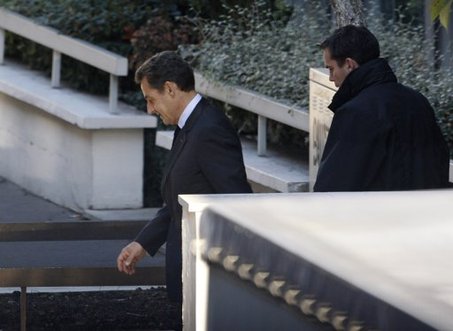 "I spoke to the chancellor this afternoon, there is progress, we are going to work tonight," he told reporters on arriving in Brussels ahead of a European Union summit Sunday.

Sarkozy and Merkel are to hold a tete-a-tete later Saturday.

Earlier, Merkel too said EU finance ministers had made "progress" in long talks to find a solution to the crisis but that no decisions would be made before an October 26 summit.

"Finance ministers made progress," Merkel said in Brussels on the eve of the Sunday summit, preceded by ministerial talks Friday and Saturday.

But she added: "There will be no definitive decisions before Wednesday."

After differences between France and Germany over how to contain spillover from the crisis dashed hopes of a final deal at Sunday's summit, EU leaders have decided to convene a second summit meeting on Wednesday.

Saying negotiations "will be difficult", Merkel said "this is why it is important for France and Germany to be active".