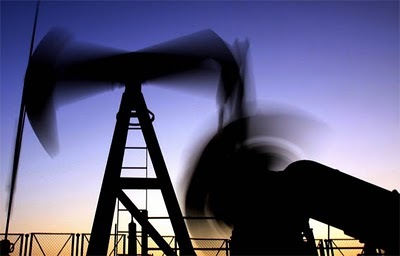 "In the macroeconomic front, Chinese flash PMI was reported at 51.1, back in expansionary territory.

"In the Eurozone, industrial new orders data surged by 1.9 percent in August, beating analysts' expectations about a 0.2-percent rise."

The preliminary HSBC purchasing managers' index (PMI) stood at 51.1 in October, up from 49.9 in September and the first time it has gone above 50 since June, the British banking giant said in a statement.

A reading above 50 indicates the sector is expanding, while a reading below 50 suggests a contraction. The data is crucial for traders because China is the biggest energy consuming nation in the world.

European Union leaders and IMF chief Christine Lagarde hailed "good progress" after the first summit on Sunday aimed at overcoming a crisis that has threatened to pitch the world into a fresh recession.

However, they announced few details, vowing instead to reveal all at a second summit on Wednesday.

The news was enough to spark a major markets rally in Asia, while European shares traded in a narrow range.

"We expect some further consolidation in the oil market ahead of the next meeting of the European leaders on Wednesday," added Sokou.

"Thus, volume might be muted while high volatility and nervous trading are possible to dominate the markets.

"In the meantime, currencies movements will remain the key driver of oil direction, while it will be interesting to watch how the global equity markets will digest any (Eurozone) news."