Report: Berlin May Stop Sale of Sub to Israel over Settlements 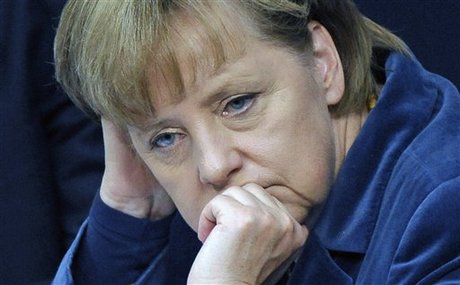 Germany is reconsidering its sale of a sixth submarine to Israel in the wake of new tensions over Jewish settlement construction, an Israeli newspaper reported on Wednesday.

Yediot Aharonot said Berlin was rethinking the deal because of German frustration over Israel's decision to approve new settlement building in annexed east Jerusalem, which has raised tensions between the two countries.

Merkel was reported to have strongly criticized the Israeli premier during a telephone call last month, saying she had "absolutely no understanding" of Israel's decision to increase settlement building in east Jerusalem.

"It's a very complicated, very sensitive file that is under discussion. There are many parameters that have to be taken into account," he said.

There have been conflicting reports about whether Israel even wants to buy a sixth Dolphin-class submarine from Germany.

The Israeli navy currently has three Dolphin-class submarines, two of which were bought after the 1991 Gulf War. Two others are on order from Germany and being built at the Kiel shipyard. They are due for delivery in 2012.

Media reports have said the submarines can carry nuclear warheads and have an operating range of 4,500 kilometers.

In July 2010, the defense ministry denied that Israel was looking to purchase a sixth submarine, after media reports said Berlin had rejected an Israeli request for subsidies for the sale.