IS Executed 2,000 in Iraq's Mosul Region since Takeover 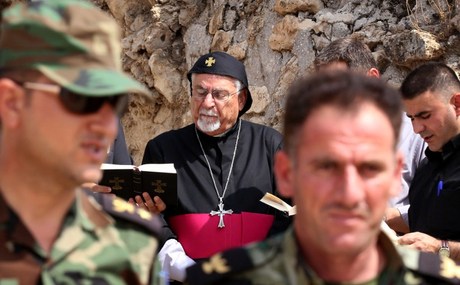 The Islamic State group has executed more than 2,000 people in and around the northern Iraqi city of Mosul since seizing it last year, officials said Friday.

Parliament speaker Salim al-Juburi confirmed "the execution of more than 2,000 innocent citizens at the hands of the terrorist Daesh organization," his office said, using an Arabic acronym for IS.

According to sources AFP spoke to in and around Mosul, a total of 2,070 people were executed since IS took Iraq's second city on June 10, 2014.

The names of 2,070 people were posted on a list compiled by the jihadist organization, some of which was displayed on a wall of the local health ministry branch, several residents said.

The list came with an order by IS, which has administered Mosul since taking over last year, for the ministry staff to deliver death certificates.

A source at the ministry's department of forensic medicine confirmed that the list had been received.

The source said the people whose names were listed were accused by IS of "promoting ideas that distort Islam."

A senior security official who used to be based in Mosul and still monitors IS activities there gave the same number of 2,070, saying it covered a period starting on June 10, 2014 and applied to the entire Nineveh province.

IS controls most of Nineveh, of which Mosul is the capital.

Terrist an IS cells are going to be delt with in regards they killers 2070 innocent people were executed.where were their help?