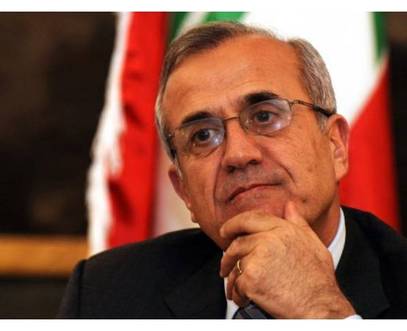 President Michel Suleiman approved on Friday a decree to withdraw the Lebanese nationality from individuals who received it and who later turned out that they don’t deserve it, reported the daily An Nahar Saturday.

Informed sources told the daily that the number of people included in the decision does not exceed 200, adding that they are only part of the first phase of individuals whose nationalities will be withdrawn.

“Suleiman and Prime Minister Najib Miqati approved the decree after easing some reservations voiced by some official and political sides,” they said without elaboration.

The withdrawal of nationality mainly includes Palestinians and Syrians, with the first phase of withdrawals only encompassing Christians, they revealed.

The development came in light of a 2003 State Council decree, issued at the behest of the Maronite League, that agreed to reconsider the naturalization of foreigners that was signed by late President Elias Hrawi in 1994.

An Nahar reported that the president had expressed regret over signing the 1994 decree.

The State Council had said at the time that the decision to grant the nationalities to foreigners should be reconsidered because they were granted through “dishonest and unconstitutional ways.”

“The decision was not ratified until now because of great political tensions that surrounded it even though it did create an imbalance in Lebanon’s demographics because it was employed for sectarian purposes,” added the daily.

The Lebanese nationality was granted to individuals from 80 countries, with Syrians comprising the bulk of them.

A total of 32,564 individuals’ requests were still being studied, while 14,112 individuals’ original nationalities have not been disclosed.

State Council sources told As Safir in remarks published on Saturday that the first phase of individuals whose Lebanese nationality was withdrawn mainly includes Palestinians who were given the nationality because of a mistake committed by the United Nations Relief and Works Agency.

“They received the nationality through an unconstitutional way because the naturalization of Palestinians violates the constitution,” they added.

“The other Palestinians whose Lebanese nationality was withdrawn obtained it through false documents,” they revealed.

Christians 20% Muslims 80%... That doesn't seem fair to me...
I wonder what are the proportions of Sunni/Chiaa if someone has a link, please post.

no matter how many muslims they give it to it means shit to me cause 1 christain = 100 muslims, in other words you dumb donkey grubs you anit worth shit ,thats why you blow yourself up its not cause for your jihad but its that pity of a dirty life you all live.Thank you

@naharnet
have you seen the post of Mansour?
this is highly offensive sectarian comment!
while non offensive comments are cencored, this type is not!

yes get rid of Aoun, Berri, Miqati, Hassouni, BAsil, Kanaan, and the rest of this government and Give them Syrian or Iranian passports with one way tickets to Damascus and Tehran , include jabal amel and his familia please

Mansour. You are sick. And belong in the jungle. I am Christian and ashame of your comment. You need help. So go and get it.

does anyone know how many lebanese have left lebanon and were nationalized elsewhere in the world since the war?

@Mansour: I am a muslim, and your comment amuses me. Bravo.

These numbers are incorrect. Lebanese nationality was given mainly to christians, especially palestinian christians. If you take a look at the orthodox sect in lebanon youll find that most are either from palestinian, armenian, syriac or greek origin. Many muslims were also given nationality but they are not even half of the christians. I think its a good idea to withdraw it however its like opening a pandora box because there is no limit to how far this could go as most lebanese originate from some place else. It all depends on how far back you wanna go.

only sick people are all you donkey riders,Praise Be To God for Civil war in Syria.Thank you

@Mansour SHAME ON YOU. You Are Wrong. Lebanese Muslims are the Most Intellectual and Culture among All Arab Muslims. I am Christian, and I Love my Lebanese Muslim peers. They are Our Brothers.

@Patriot IF these numbers are true, means it is 3 times more likely for a Muslim to be Lebanese than a Christian, and THAT is very, very worrisome.

@Our President Sleiman - BRAVO, I am in Awe of your Decision. I am truly happy with this initiative. The Lebanese Nationality is a PRIVILEGE, and should not be handed out.

You are all hyped up on the importance of the Lebanese passport. With it you need to apply for a visa even for the little island of Vanuatu. What's the big deal about it. Give it to Jews, Muslims, Palestinians or Christians. Time for us to become civilized.
The Palestinians deserve it or at least they deserve equal rights. Not that we have any rights in Lebanon if u think about it.
If I was Palestinian I would leave Lebanon in a heart beat so I can get better humane living conditions. We should be proud that palestnians carry our nationality. They are at the end better treated in Israel.

This is another political Victory for the FPM and GMA .

PS : Mansour did not include Shiias in his post and reaction , because these fighters dont blow themselves up like the others do .

Sorry guys , this is called democracy and freedom of speech , respect please and enough with your Salafi Wahaby Sunni Saoudi Hypocrisy .

no way mr president, we are the majority and will remnain so, you can leave if you do not like it!

The reason why in 1994 mostly Muslims were given citizenship is because most of those who requested it and most of the foreign nationals were Muslims. Your sectarian bigotry is sickening. For those who care, the majority of Muslims were Sunnis, and the majority of Christians were Armenians (at the time Hariri and HA (and Amal) were allies. The Palestinian Christians were given citizenship in the 1950"s.

In any case they only reviewed "christian" candidates and removed nationality from 200 of them. I am ready to bet they will NEVER review the muslims in this group
History in Lebanon is very clear the LAW is only applied on christians; the others are above the law either becasue they are freedom fighters or because they have the president of the martyrs (hint he was killed in 2005)

Le Phenicien to me sunni and shiaa and druze and anyother muslim sect is all the same,any religion that teaches no tolerance to other religions and that to rule is by force. As My greatest Saviour told us "Live by the sword, die by the sword" and may Syria and those Palestainins feel the pain of so many Lebanese 1000x over.Praise Be To God for civil war in Syria.Thank you

Not even the lebanese want the lebanese nationality hence why we took the passport of south american countries, the US , canada, france, sierra lone, nigeria, UK and a bunch of other european countries, not to forget those who took the nationality of syria, egypt and other arab states such as diana haddad who is now emirati on paper. The lebanese passport is used as toilet paper in the world yet we think its a big deal lol we cant even travel with it without visa, papers, special permissions and often getting called in for security check ups in airports.

Get rid of them. The Syrians we bussed in by Bashar to vote for the Hezz.

What good will a Lebanese Nationality be in the coming years as we slide into a mere satellite of a Persian state?

if Mansour is the Naharnet moderator as someone said, then Naharnet is worth nothing ...
however Naharnet is nothing like that :)