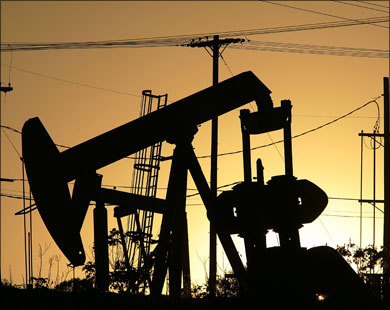 Oil prices were mixed on Monday as traders tracked developments in the Eurozone debt crisis, awaiting a batch of data on world energy demand due this week.

This week sees energy demand forecasts published by the US government on Tuesday, OPEC on Wednesday and the International Energy Agency on Thursday.

"Given the gloomier economic outlook, another downward revision of demand estimates cannot be ruled out," said Commerzbank analyst Carsten Fritsch.

Before the data, markets were tracking Greece, where political chiefs sought on Monday to put the finishing touches to a unity government and appoint a new prime minister after a power-sharing deal to keep the country in the euro.