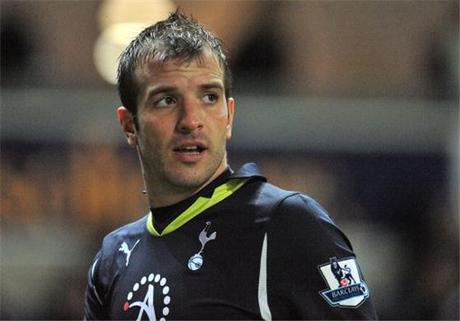 Dutch playmaker Rafael van der Vaart was on Saturday ruled out of Tuesday's high-profile friendly with Germany because of a thigh injury.

The Spurs star suffered the injury during Friday's friendly with Switzerland which ended 0-0.

"He had a spasm in his thigh," said Dutch coach Bert van Marwijk.

"It is not serious but the Germany match will be too soon for him."

Van Marwijk will also have to do without Arsenal striker Robin van Persie, after the national coach acceded to Gunners manager Arsene Wenger to rest him.

Van Persie, who has revived Arsenal's season with 10 goals alone in the Premier League, admitted himself he was close to exhaustion.

Van Persie is likely to be replaced for the game in Hamburg by Klas-Jan Huntelaar, the Schalke 04 player having recovered from a nose injury which kept him out of the Swiss game.