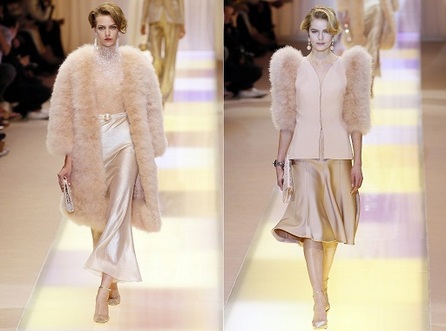 Say goodbye to Mink coats: Italian fashion king Giorgio Armani said Tuesday he would no longer use any real animal fur in his collections, saying there was no excuse to indulge in such "cruel practices."

The designer and dresser of stars such as singer Beyonce and  actress Cate Blanchett said fur would be out from his autumn- winter 2016/2017 collection onwards, with artificial pelts taking its place.

"I am pleased to announce that the Armani Group has made a firm commitment to abolish the use of animal fur in its collections," the 81-year old, credited with pioneering red-carpet fashion, said in a statement.

"Technological progress made over the years allows us to have valid alternatives at our disposition that render the use of cruel practices unnecessary," he added.

"With this decision, the luxury brand is responding to growing consumer demand for ethical and sustainable fashion", the alliance said. It added that worldwide more than 80 million mink and foxes were killed in 2014, only for fashion.

Humane Society International said Armani going fur free was "probably the most powerful message yet that killing animals for fur is never fashionable."