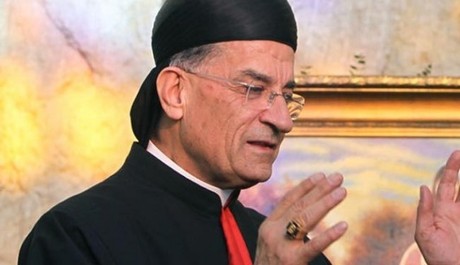 Maronite Patriarch Beshara al-Rahi hoped on Tuesday that the municipal polls, which are set for May, would pave way for the election of a new president.

The solution to all issues is the presidency, al-Rahi said at Rafik Hariri International Airport in Beirut before traveling to Brussels on a three-day visit.

“Hopefully the municipal elections would pave way for holding parliamentary polls,” he said.

Both elections should be held “because Lebanon's value lies in the transition of power and the democratic system."

Al-Rahi reiterated that Bkirki has not proposed the election of Change and Reform bloc chief MP Michel Aoun as president for a two-year transitional period.

He said: “This issue does not fall within our work,” adding “the parliamentary blocs decide what they want.”

Al-Rahi was referring to a letter, which according to media reports, he has delivered to French President Francois Hollande.

During his stay in Brussels, the patriarch is scheduled to meet with Belgian King Philippe, give a lecture at the European Parliament and hold meeting with the Lebanese community there.