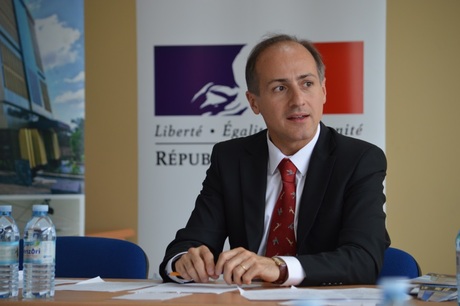 “During his meetings with political leaders, Minister Ayrault will voice France's support for Lebanon, which is facing the challenges of the continued institutional paralysis and the repercussions of the war in Syria,” deputy foreign ministry spokesman Alexandre Georgini said.

The minister will also remind of France's “commitments regarding the issue of refugees” and will pay an inspection visit to the 750-strong French contingent operating within the United Nations Interim Force in Lebanon (UNIFIL).

Lebanon has been without a president since the term of Michel Suleiman ended in May 2014 due to sharp political differences among the rival parties and electoral rivalry among the candidates.