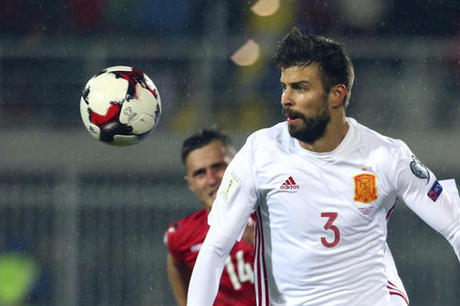 Spanish defender Gerard Pique has announced that he will end his international career after the 2018 World Cup amid renewed controversy over his political views.

The Barcelona star, who supports independence for Catalonia, came under fire again after Sunday's 2-0 World Cup qualifying win against Albania.

Pique, who played in the Spain team which won the 2010 World Cup and 2012 European championships, was criticized in the Spanish media for allegedly removing the national colors from his playing strip.

The accusations were the last straw for the defender who has played 85 times for his country.

"The World Cup in Russia is going to be my last tournament with the national team...," he said, adding "the criticisms today have added to what has happened over the last few years."