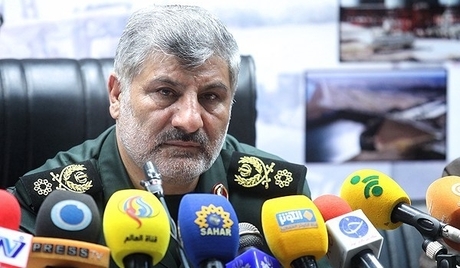 A senior commander of Iran's elite Revolutionary Guards said Wednesday that cooperation with foreign firms on oil projects was necessary, but putting them in charge would be a national "disgrace."

While the oil ministry has sought to attract foreign capital and technology to Iran's energy sector, it has faced opposition from other parts of the regime.

"No one is against foreigners coming. We can have some cooperation with them," said Brigadier General Ebadollah Abdollahi, head of the Guards' industrial conglomerate Khatam Al-Anbia.

"(But) it is a disgrace to be under the hands of foreigners when we have so many educated young people," the ISNA news agency quoted him as saying.

Khatam al-Anbia is Iran's biggest industrial contractor and its leaders have opposed recent plans by the oil ministry to put international firms in charge of major projects.

"We are not saying that up-to-date know-how should not be used, but we are stressing the fact that the necessary know-how exists in our country already," Abdollahi said.

"There may be problems along the way, but we can definitely carry out these tasks."

Last week, the vice president of the National Iranian Oil Company, Gholamreza Manouchehri, told reporters that foreign firms would take the lead on large-scale projects which are coming up for tender in the coming weeks, with Iranian companies as minority partners.

Oil Minister Bijan Zanganeh appeared to row back that decision on Sunday, giving Khatam al-Anbia the chance to tender for the first major scheme, a $10 billion project to expand the South Azadegan oil field in southwestern Iran.

Another Iranian conglomerate, Setad, which is supervised by the office of supreme leader Ayatollah Ali Khamenei, was also given the chance to bid for the project.

It will be the first tendering process since sanctions were lifted as part of last year's nuclear deal with world powers.

The ministry says Iran needs the latest technology to improve recovery rates at its fields, but the issue of foreign investment remains highly sensitive because of a history of domination by Western firms for most of the 20th century.