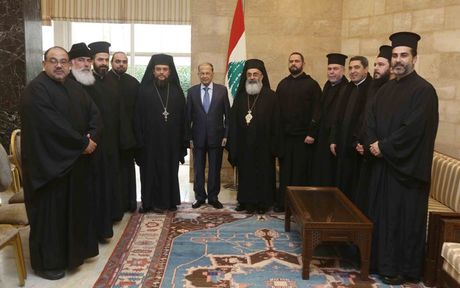 President Michel Aoun announced Tuesday that “progress” has been made in the cabinet formation process while noting that all political parties can have a role during his presidential tenure except for those who exclude themselves.

“International confidence in Lebanon is increasing day after day,” Aoun told his visitors, noting that the international support that Lebanon has received since he was elected president indicates that Lebanon will have “a better future at the political, security and economic levels.”

“Contacts are still ongoing to form a new government and have made progress,” Aoun added.

“Everyone can contribute to the rise of Lebanon except for those who do not want to take part,” the president said.

Aoun also announced that he will “cooperate with the new government and all supervisory authorities” to wage a “war against corruption.”