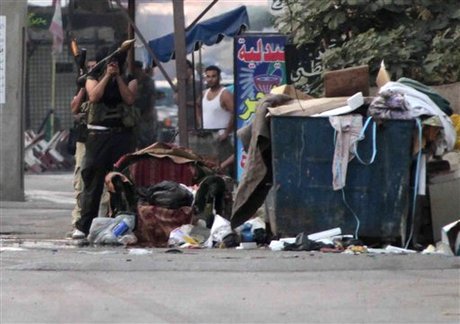 Gunfire was heard Sunday at the Ain el-Hilweh Palestinian refugee camp during the funeral of Fatah Movement official Suleiman Abu al-Nimr, who was killed in a blast Saturday, state-run National News Agency reported.

It earlier reported that cautious calm was engulfing the camp after a hand grenade exploded overnight on the camp's al-Fawqani street without causing casualties.

A few volleys of machinegun fire were also heard in the morning amid a total closure of shops, NNA said.

The violence had first erupted on Wednesday after the assassination of Samr Hmeid, aka Samer Nejmeh, who was a member of the hardline Islamist group Usbat al-Ansar.

The assassination has since triggered several rounds of clashes that have resulted in the death of at least five people and the wounding of several others.