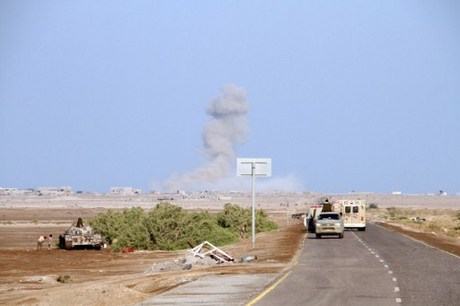 A car bombing Wednesday in southern Yemen claimed by al-Qaida seriously wounded a senior security official and killed one of his guards, a security source said.

Four other guards were wounded in the attack on the convoy of the head of the security services in the town of Loder in Abyan province, the source said.

AQAP said the attack had killed a commander and a number of his guards.

Al-Qaida and the rival Islamic State group have exploited a power vacuum created by the conflict between the government and Huthi rebels to expand their presence in Yemen, especially in the south.

Al-Qaida fighters were driven out of towns and cities in Abyan province in September by government forces backed by a Saudi-led coalition, fleeing to hard-to-reach areas.